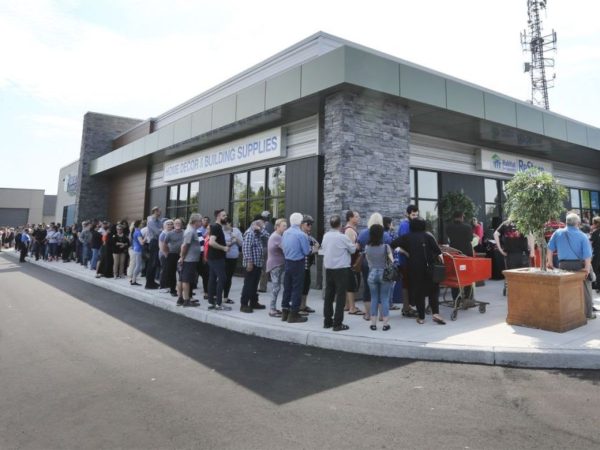 Bailey Walker was among the first shoppers through the doors,  and with a new apartment to furnish came to the ReStore for “things that are super cheap but also new — good stuff.”

The new 22,000-square foot home improvement store at 51 Edinborough Street is the first Habitat for Humanity ReStore to be built from the ground up and is one of the largest in the country.

“They built the building for us, they took in all our input and then they put it into the store,” said regional ReStore manager Rick Young. “We’ve done things here that changed the game for our workers and our volunteers and makes their lives easier.”

The new ReStore has an improved system for its loading dock and donation drop off area, running what Young called a “river system” allowing donations to move through the store faster, which has been an issue in the past.

“That’s our goal is to move it as quickly as possible,” he said. “In the past, we would lose stuff to weather because it would sit outside in a pile waiting to get in and then the next thing you know it rains on it and we can’t use it.”